Protect Your Bike From Bike Theft - SinceTop is Always with You

Apart from hobby riders, more and more people are adopting bikes as their prior transportation choice. It’s convenient and efficient. While enjoying the fun of cycling people also get physically exercised. Moreover, cycling is a perfect way to reduce and avoid traffic jams as well as contribute to climate protection.

Yet not every city is friendly enough for bike riders. Apart from the bike infrastructure, what a rider is concerned about most would be bike theft. The bike theft issue has never been taken seriously, there is very little research and studies have been done and we can hardly know how many bikes are stolen each year because so many bike thefts are not even reported and thus never recovered.

Many people believe that with a strong lock and proper skills they can be immune to bike theft. However, as our cycling group used to say, once you believe locking a bike is enough, you are not far from losing your bike. Saying so, we did not mean that locking is not important, on the contrary, securing your bike to a solid object with an effective lock is the very first defense of any rider. What we are trying here is to introduce some methods in case the worst thing happens and we can do nothing but cry on each other’s shoulders.

GPS trackers come into our view on this point to locate and recover our stolen bike. It could be a good choice and may help find back bikes that have been stolen. But there is also a good chance that the thief has noticed the existence of the GPS after stealing the bike shortly and we will then lose a bike plus a pricey GPS tracker.

Compared with traditional GPS trackers which are often bulky and expensive, Airtag is more favored by people due to its compact size and smart positioning method. Small means inconspicuous and less likely to be found and realized by the theft and you will have a better chance to recover your bike. The only problem is, where to hide the Airtag.

When mounting an Airtag onto the bike, there are two things you need to consider.

First, the place should be hard to reach by others but easy to get by you cause the Airtag is battery powered and you may need to replace the battery. This makes hiding the Airtag in the frame tube or bike tires impractical.

Second, after the Airtag is mounted, it should be hard to detach so that even if a thief finds your Airtag, he can not get rid of it shortly and have to give up cause a criminal stealing your bike doesn't want to be all obvious and hang around the scene of the crime very long. And even the bike is stolen, the difficult detachment could buy you some time to locate and find the bike.

SinceTop provides you a solution with concerns of the above two points with our latest anti-theft Airtag bike mount. 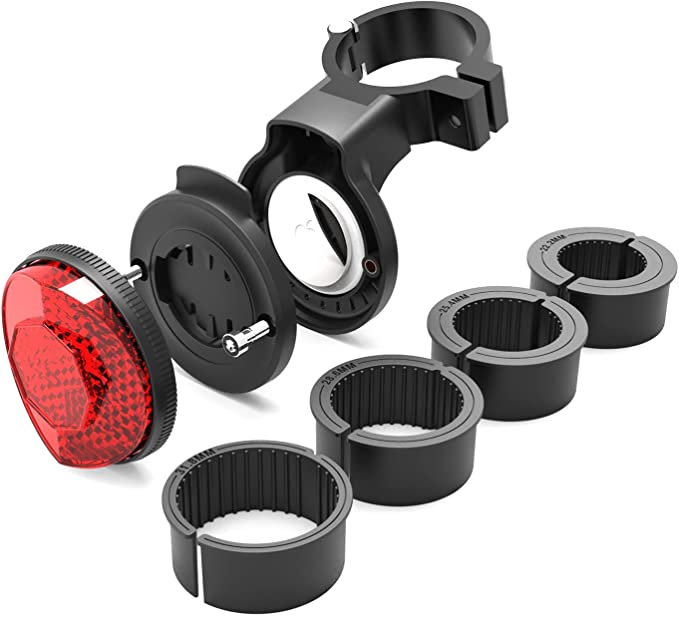 From the appearance, it is just the same as a common bike reflector that appears on every bike. It hides the Airtag discreetly, securely, and inconspicuously. 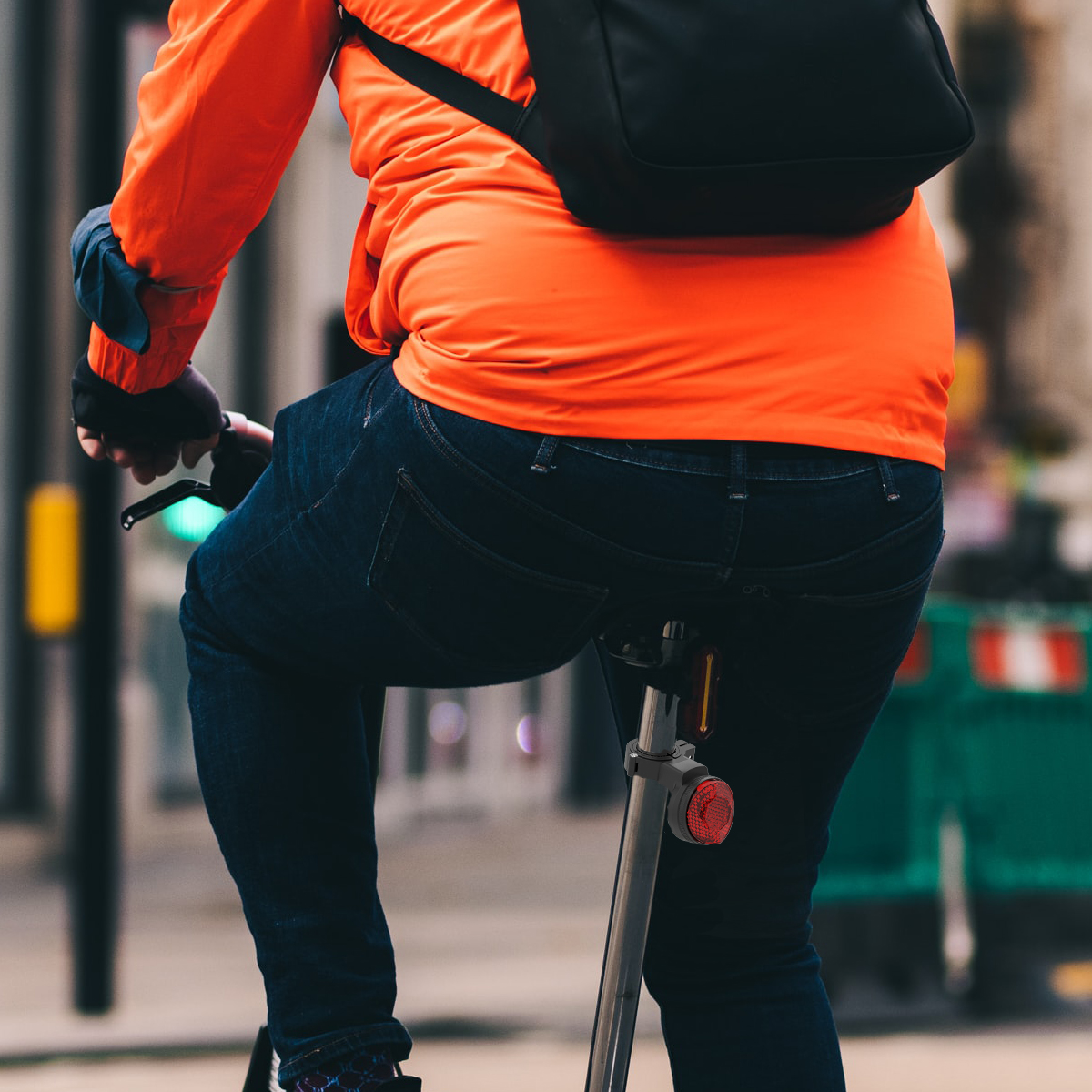 The bracket is made from strengthened aluminum alloy that is far more durable and much stronger than similar plastic mounts. Also, a metal bracket is very hard to break by force. It can only be removed by loosening the screws, which requires the proper tools and takes some time. 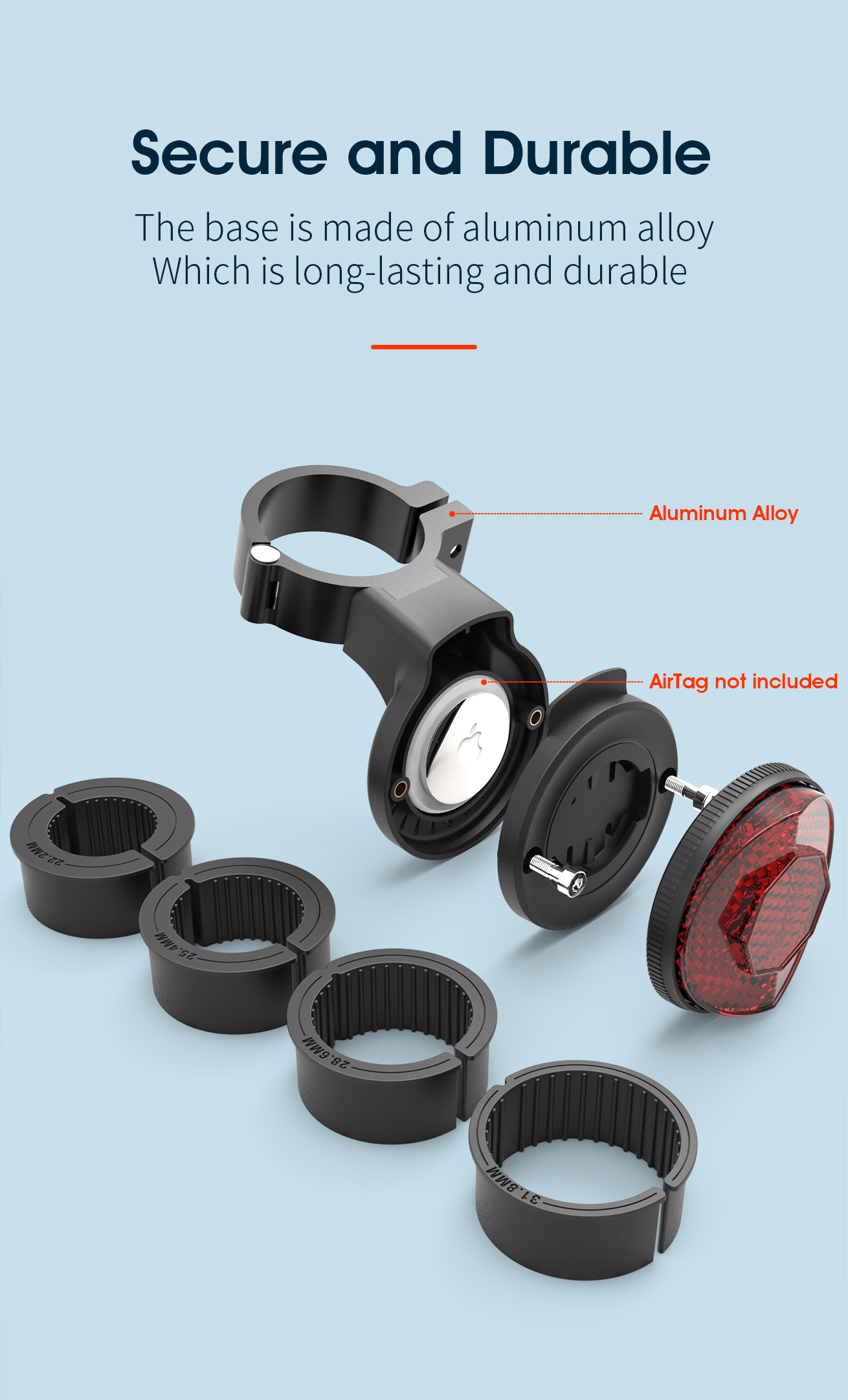 Your Airtag will snugly fit in the plastic compartment, with no wobble so the thieves won’t hear a thing. Airtag transfer signal with Bluetooth and the plastic compartment minimizes signal losses and increases your chance of finding the bike again. The compartment is fastened with screws of different sizes from the bracket. If unfortunately the thief happens to have the right tool on hand and removes the Airtag mount, you will still have a chance to find the Airtag back. 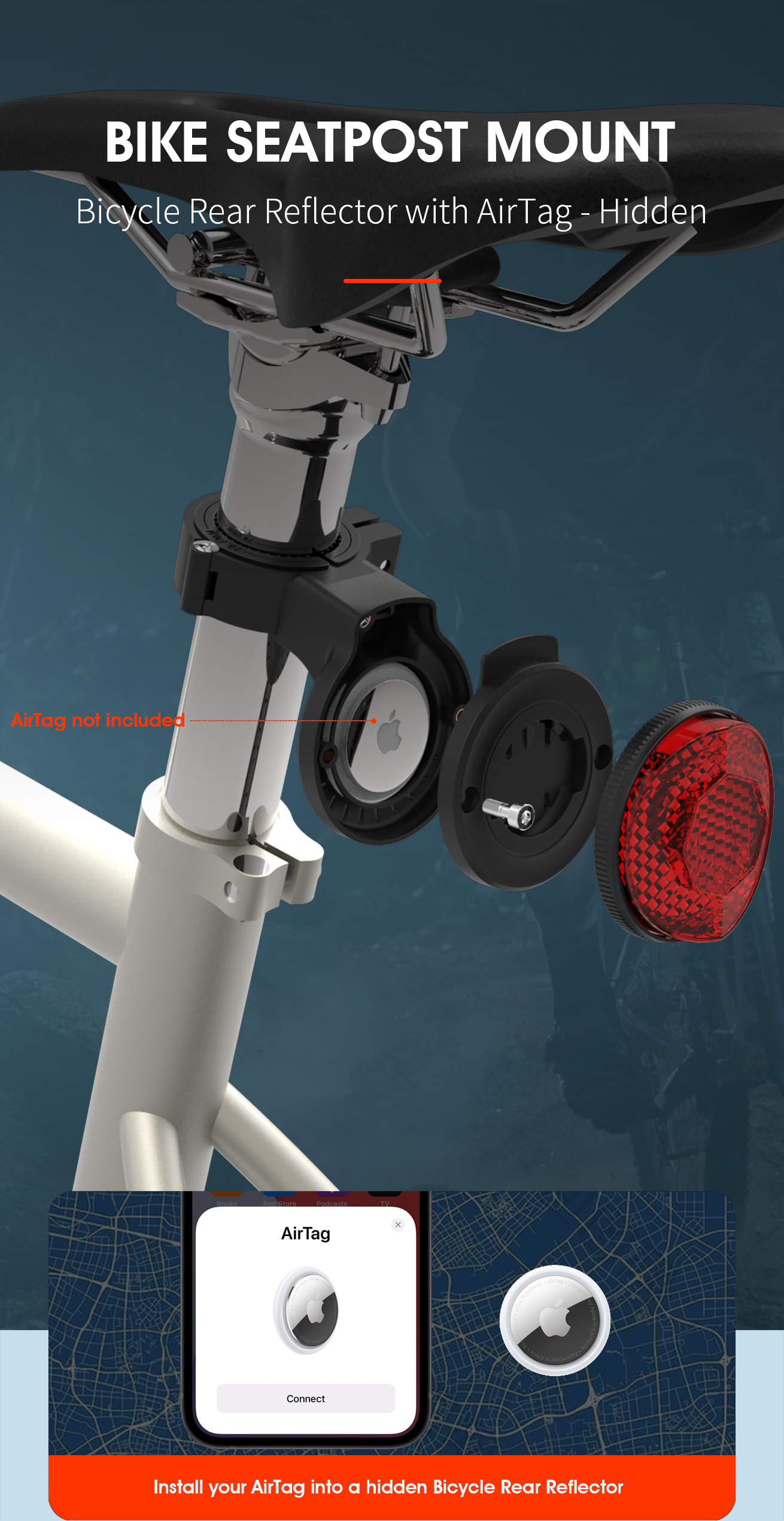 Unlike other head tube mounts or saddle mounts that require a specific dimension or model of bike. This seat post mount is applicable for almost any bike. The included fitting shims can be added to seat posts of different sizes while making the mount grab the seat post better. 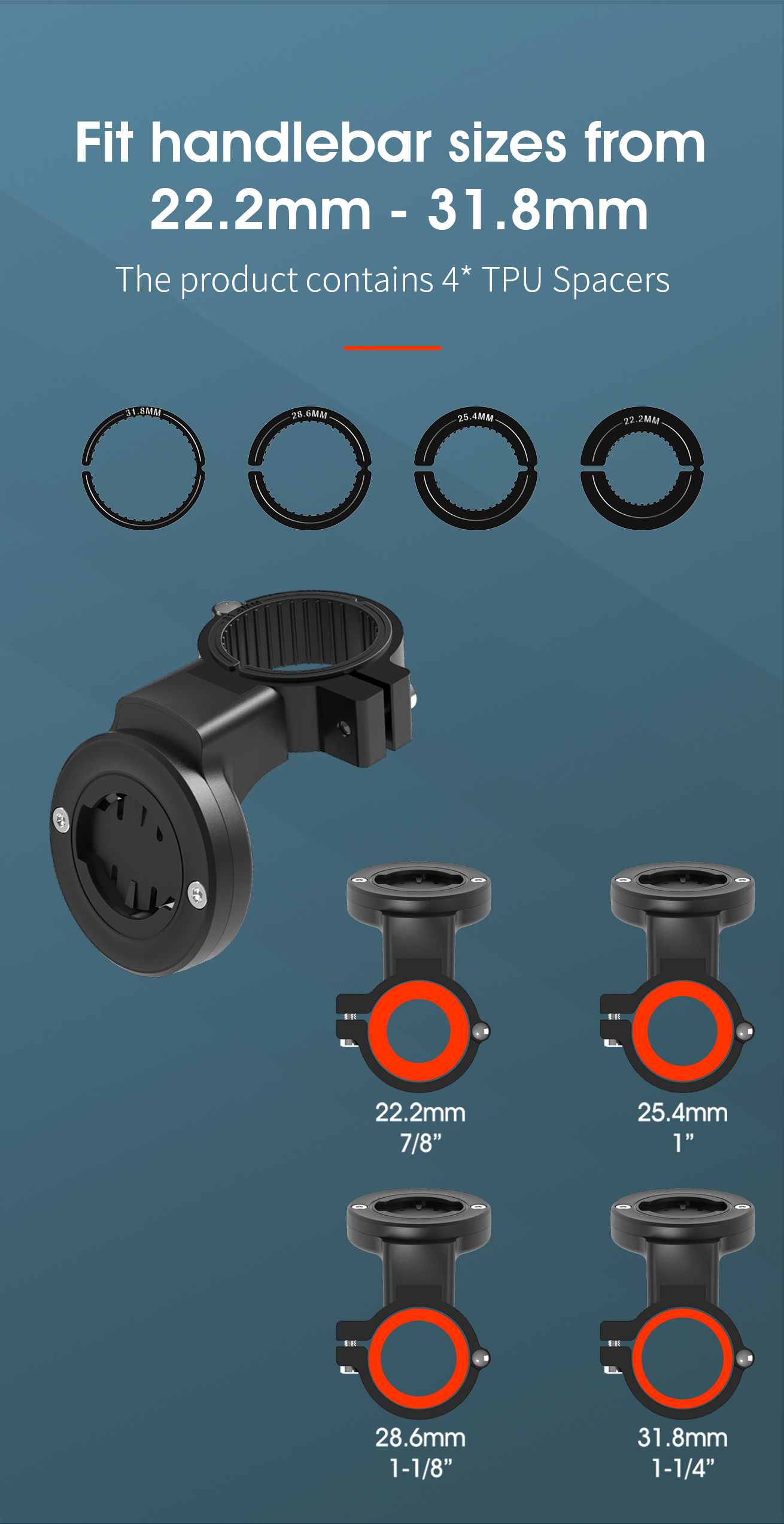 It also works with Garmin Varia smart tail radars and allows you to remove the radar conveniently so you do not run the risk of losing another pricey item.

We have to admit that the complete elimination of bicycle theft is a long-term process. For now, we remain pessimistic about the problem. What we can do now is to do our best to protect our bikes and stop buying bikes that could be stolen.

Entice customers to sign up for your mailing list with discounts or exclusive offers. Include an image for extra impact.
Thanks for subscribing
Optional button
GET 10% OFF